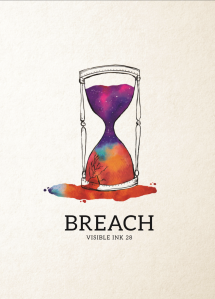 Unpredictable endings that emerge organically from what has come before, boundaries pushed, prodded and abandoned, irony, venturous and transformative journeys (Author Olga Lorenzo). In the 28th edition of Visible Ink, we asked our authors and artists to push boundaries, and they did.

We have a range of titles from our 28-year history.

Having problems with check out?

Paypal your payment to info@visibleinkanthology.com 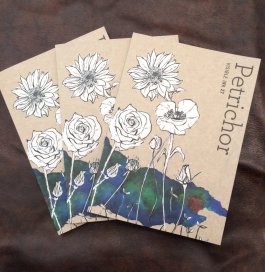 This anthology both delicate and brusk in its exploration of the theme ‘After the Rain’ is Visible Ink 27th edition. Within its pages is a beautiful collection of short stories, flash fiction, poetry and art. In addition to being sold on this site, Petrichor can be found in Readings bookstores, the Brunswick Street Bookstore, Collected Works and Hares and Hyenas. 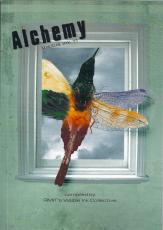 For the first time, Visible Ink opened its doors to contributors outside the PWE course. 1999 also heralded the launch of VI’s first website and, in a year of firsts, the committee also held a writing competition. Highlights of this edition include stories by Louise Swinn of Sleepers Publishing, Carrie Tiffany, who went on to pick up a stack of awards for Everyman’s Rules for Scientific Living and Jeff Sparrow, co-author of Radical Melbourne: A Secret History. This year the committee favoured Brunswick Street’s Perseverance Hotel.

Browsing the contents of this edition of visible ink, the name that stands out is award-winning author M.J. Hyland, who contributed a short story. On the committee, and also a contributor was Eric Dando, who has since published two books and Adam Carey, now a journalist with The Age. For the first (and perhaps last) time, author photos were included. Capital letters had begun to make their way back into the titles. 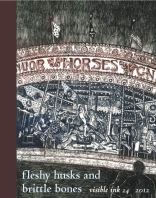 There is life in this book; it may bear a resemblance to your own!! Featuring prose, poetry and art from some of Australia’s best up-and-coming talent (and a few deft hands for good measure), Fleshy husks and brittle bones is an exploration of the human condition. Loved ones are lost, politics is subverted and putting the bins out at night becomes a matter of the boldest philosophical examination since Toy Story. Get on it. 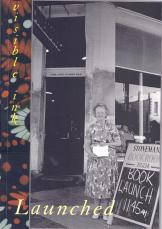 This edition of visible ink should be prescribed reading for all PWE students. On the committee were Zoë Dattner and Louise Swinn, who went on to found Sleepers Publishing. Both contribute stories and poems, and Dattner designed the cover. By this year, the committee had swapped its allegiance to The Empress in North Fitzroy. 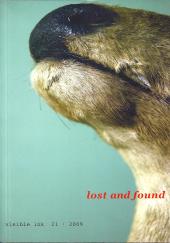 On the Ledge of the World

The 25th Anniversary anthology. An exercise in evolution. It begins with the survival of the fittest, and ends on a boat on a lake. In between, there are op shops, prison visits and house parties, old loves, old furniture and tear gas. 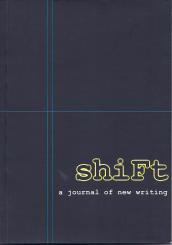 To celebrate the new millennium, Visible Ink published its first film script in this sleek, matte black edition. Contributors include Rose Mulready, since published in several anthologies of Australian short stories, George Dunford who is now a freelance writer and producer working for the ABC and Lonely Planet, and Prudence Flint, an award-winning visual. As the title shows, those pesky capital letters were still unsure of their correct place. The committee were now drinking at Carlton’s Lincoln Hotel. 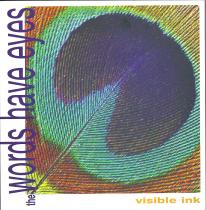 The Words Have Eyes

In a large square format, this edition of visible ink had a record 66 entries and comprised 200 pages. Custom illustrations accompanied many of the pieces. One of the many contributors was Myfanwy Jones who went on to publish the novel The Rainy Season and the best-selling Parlour Games for Modern Families. In 1997, the committee chose to spend time at The Lounge in Swanston St. 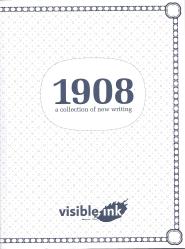 In the unusually titled 1908, contributors include Jenny Sinclair, author of When We Think About Melbourne: The Imagination of a City and Jason Cotter, editor of Readings and Writings: Forty Years in Books. This year the committee made no mention in their acknowledgements of a favourite watering hole, but did thank suppliers of chocolate. How times change . . .

The oldest of our archived collection, this edition of visible ink was published in 1993. Highlights include an ode to Doris Day by Judy Horacek, the acclaimed cartoonist, artist and author of children’s books. This edition is notable for the complete absence of capital letters in the foreword and contents . . . a classic sign of the times and the start of a long lasting tradition! 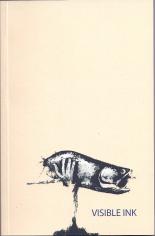 Featuring the best of Australia’s up and coming writers and poets, it is a great addition to the bookshelves of anyone interested in getting a sneak preview of our future award winners and bestselling authors.